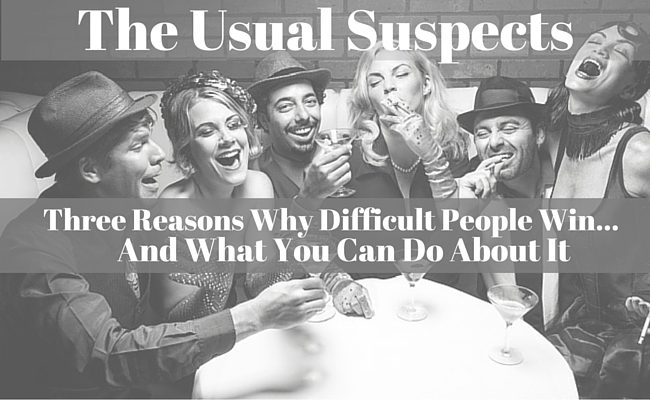 “She’s not happy unless everyone around her is panicked, nauseous or suicidal.” One of the unforgettable lines from Andy Sachs (Anne Hathaway) describing her boss, Miranda Priestly (Meryl Streep) in the movie “The Devil Wears Prada”. Fortunately, Andy realized that she didn’t need to play her boss’s game, refused to be a doormat and ultimately rose above Miranda’s outrageously dysfunctional behavior. Not only did she gain her respect, she learned to respect herself, succeeded in detaching from the drama and set impenetrable boundaries. Sadly, the same cannot be said for many individuals who work with difficult people. How are they able to push every “hot” button with ease? Why do they win? And what can be done to minimize their negative impact on morale, productivity and workplace cultures? END_OF_DOCUMENT_TOKEN_TO_BE_REPLACED