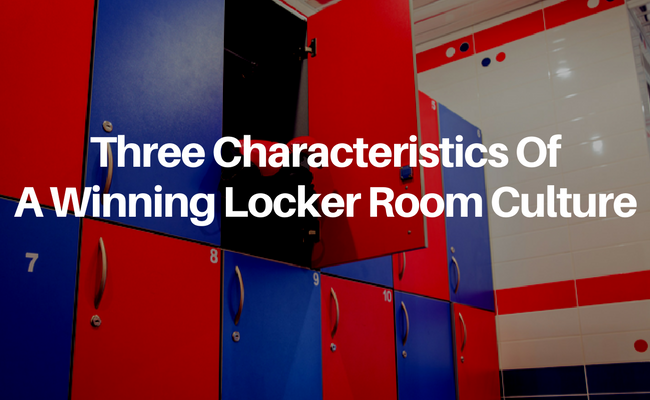 It’s no secret that Donald Trump’s reference to “locker room talk” during last year’s presidential campaign ignited a great deal of debate and social media frenzy. Not everyone agreed with the rationale that such talk was lewd or “typical”. Many athletes from an array of sports took offense; objecting to the negative characterization of their work and meeting space. Winning Locker Room Culture is a new strategy. END_OF_DOCUMENT_TOKEN_TO_BE_REPLACED

I immigrated to Canada from Australia during the Stanley Cup playoffs in 1994. Although I had already experienced some exposure to Canada’s passion for the game of hockey, nothing compared to the reaction of Vancouverites cheering on their beloved Canucks’ magical run during the post-season.  In Vancouver, many of us remember the heartbreak of that Game 7 loss to the New York Rangers.  Seventeen years later, it is on again…only this time, the expectations of the team going all the way existed right from the start of the season.

What is it about this team that sends an entire city into a complete frenzy? How has it come to pass that over 100,000 people have watched the game on big outdoor screens downtown? Over half the population of the province has been watching the playoffs!  Millions of us are dreaming about the moment when Henrik Sedin will finally hoist that cup over his head. Imagine what will happen here if the Stanley Cup comes to Vancouver for the first time.

How has this excitement been generated? Looking at the Canucks season and playoff run from a leadership and team spirit perspective, there is a lot one can say about how they have been managed, motivated and inspired to succeed. Here are some perspectives on the Canuck’s success principles that have direct applicability to business and the workplace:

General Manager Mike Gillis took some risky, unpopular decisions when he joined the organization in 2008. One can argue that no matter what the outcome of this series may be, the parallels for business leaders are as follows:

*      Building a team with depth while recognizing the unique strength of individuals; combining to create a phenomenal powerhouse of an organization from the inside out

*      The hiring and firing of key players and personnel

*      Significant, strategic acquisitions of talent over the long-haul

*      Untiring support for his coach and management teem

*      Above all, confidence in his own judgement. He trusts his gut-feelings.

Lessons: Surround yourself with great people who possess talents and strengths that are different to yours. Believe in yourself and your decisions as a leader and this will resonate throughout your entire organization.

No stone has been left unturned by management in terms of providing the support to the front line to excel, i.e. the players have access to an array of personnel as well as resources to ensure that they can perform at their best.

Lessons:  Give your team the tools they require to succeed and understand their individual personalities and needs. While it remains true that the whole is always greater than the sum of its parts, recognize that the motivators for each individual differ.

“Canucks Nation” is at fever-pitch, even during the off-season. The Canucks are a community on and off the ice.  The players’ and the organizations’ dedication to causes such as the Canucks Place Children’s Hospice are an outstanding example of making a difference outside of their workplace.

Lessons: People thrive when they feel they are part of something bigger than themselves. By channelling altruistic energy into a meaningful cause, team spirit comes alive and productivity thrives.

4.       Rising above obstacles outside of one’s control

Politics is part of business. Much has been written about the refereeing, “conspiracy” theories and the politics of the NHL.  At critical times facing intense pressure, the team has remained focussed on the “big picture” and management have not bought into these distractions.

Lessons: Choose not to buy into morale-busters such as negativity and gossip. Cultivate a positive mindset and recognize that unfortunately there are naysayers who will try and sabotage your success. In Australia this is known as the “tall-poppy syndrome” (when others will try to cut you down to boost their own low self-esteem).

The ultimate reason for success this season is the fact that the team and the organization have kept their eye on the prize. Everyone is acutely aware of the stakes and shared the responsibility for successes and mistakes. Their allegiance to one another and their unwavering belief is a key ingredient for winning; they have done so one game at a time for a total of 106 games to date.

Lessons:  Goals are easier to achieve when they are broken into manageable pieces. When the entire team shares the same conviction and remain clear about the ultimate objective, everyone wins.

As a leader, if you and your organization can replicate these principles with patience, perseverance and persistence, your teams and clients alike will be cheering in the stands, excited about your energy and proud to be associated with your achievements.